The Outdoor Exhibition offers a reproduction of traditional rural life, as well as modern and contemporary streets. Prominent among the exhibits of the traditional folk life are stone pagodas, Jangseungsang (spirit posts to which villagers prayed in an attempt to prevent calamity and to bring a bountiful harvest), waterwheels, and ox-driven millstone. After passing through the exhibits of traditional folk culture, exhibits are displayed featuring the reproduction of streetcars and stores during the late 19th century, when Korea opened its ports to foreign powers, before reaching the reproduction of the modern era. In this "Streets of Memory," the exhibits showing visitors about the lifestyle during the 1970’s-1980’s, are comic book shops, barber shops, dressmaking shops specializing in western style garments, and coffee shops, etc.. are on display.

Ochondaek is a residential unit, which was donated by the Yeongnam Nam family residing in Won-gu 1-ri, Yeonghae-myeon, Yeongdeok-gu, Gyeongsangbuk-do Province, and transferred to the National Folk Museum of Korea. It was constructed in 1848 and had been occupied by the families of the donor until the early 1980s. At the time of transfer in 2010, the daily supplies contained in the house were also studied and collected for exhibition. 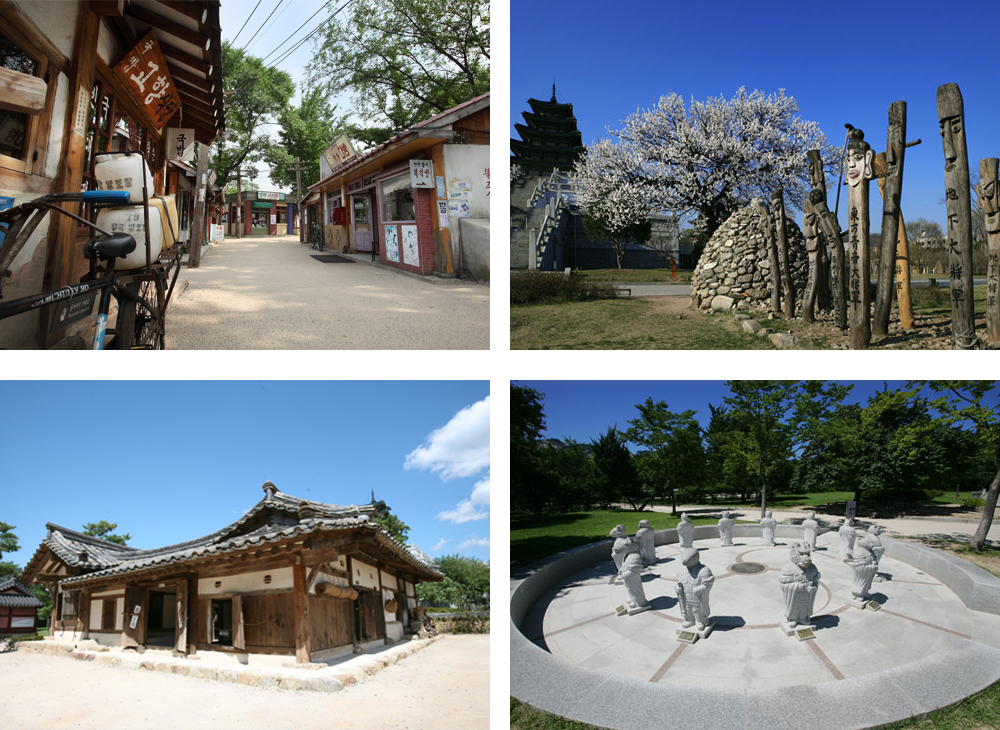