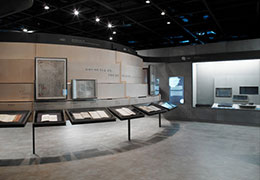 The Museum operates three permanent exhibition halls and an open-air exhibition hall, including an exhibition hall about 'Korean Traditional Daily Life', 'A Year in Korea' and 'Korean Life Passages'. Additionally, special exhibitions are held at least four times a year to further broaden the understanding of Korean folkways. 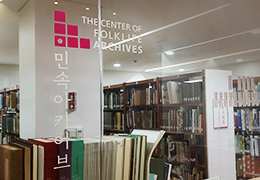 The National Folk Museum of Korea is dedicated to acquiring and preserving artifacts and information on the traditional ways of life, which are rapidly disappearing due to modernization and urbanization. The materials acquired through purchases, donations, or temporary loans are systematically consolidated in accordance with criteria for the categorization of folklore materials after having been scientifically processed and treated. Various research projects are conducted to acquire photographs, films, and videos of the sites of various folk events. Moreover, the museum systematically organizes and accumulates specialized ethnologic literatures and a wide range of multimedia folklore materials in the Folk Archives to allow for easier access. 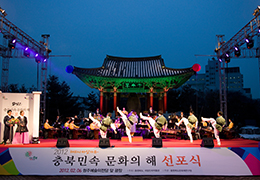 The Museum conducts investigative research on the traditional daily life and cultures of Korea including seasonal customs, local religions, and regional festivals that have been passed down to the present, while also publishing a wide range of reports on the findings of the research. Recently, the museum also began to record the practices of contemporary living that are endangered due to rapid urbanization and local development. 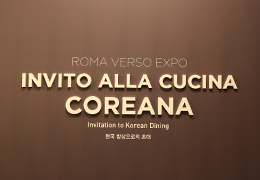 The National Folk Museum of Korea has been assisting renowned museums overseas to establish Korean cultural galleries and Korean galleries in overseas cultural centers in order for the people of the world to experience Korean culture in various locations of the world since the year 2000. The museum is also actively pursuing a cultural partnership project, which is a training program for specialists from foreign museums, and an international exchange project such as an international exchange seminar for experts and academics. 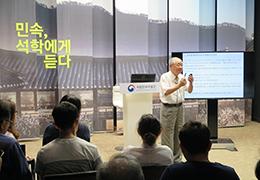 The National Folk Museum of Korea offers a variety of educational programs for adults, and multicultural and socially alienated groups. Moreover, traditional folk performances are held on an on-going basis to offer opportunities for visitors to experience the traditional arts of Korea. 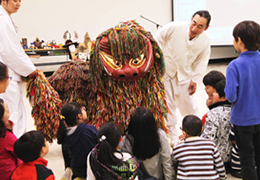 The National Folk Museum of Korea also operates the Children’s Museum, with exhibitions centered on actually touching and playing with traditional Korean folk life exhibits. The Children’s Museum also collects, preserves, and manages artifacts and materials related to children. The Museum encourages children to take interest to better understand and to further advance Korean history and culture rather than just playing the role of a repository for cultural relics related to children.

(For more details, refer to the Children’s Museum website at https://www.nfm.go.kr/kids/)